What is Astaxanthin? Uses, Benefits, Side Effects and More!

It’s the secret behind a flamingo’s brilliant pink feathers, it’s one of nature’s most powerful antioxidants, and it could provide you with some amazing health benefits!

Yep, astaxanthin is probably one of the most remarkable compounds you’ve never heard of…

We’ll get to the health benefits of astaxanthin in just a moment, but first, let’s explain how astaxanthin is related to flamingos. Here’s the thing; astaxanthin (pronounced asta-zan-thin) is a naturally occurring carotenoid found in microalgae. Carotenoids are compounds in foods that give them their beautiful colors –– such as reds, yellows, and greens.

Now, flamingos are actually gray when they’re born (that’s a fact for your friends!) But a flamingo’s diet consists of a LOT of microalgae that contains astaxanthin, so they gradually turn the beautiful pink color they’re known for. In fact, astaxanthin is responsible for the pink color of shrimp and salmon too. Don’t worry, though, astaxanthin won’t turn you bright pink!

As I mentioned earlier, astaxanthin is one of nature’s most powerful antioxidants. That means it protects you from oxidative damage (more on that in just a moment.) Plus, astaxanthin is also a potent anti-inflammatory compound. Research suggests it’s effective at reducing the inflammation that chips away at overall health from your head to your toes and from skin deep down to your bones.

The greatest attribute of astaxanthin is that it’s both a powerful antioxidant and anti-inflammatory. This means astaxanthin provides two major health benefits in particular:

And oxidative stress is very bad news. It can damage all of your cell structures, which is thought to accelerate the aging process! Plus, research suggests oxidative stress could play a role in the development of a whole host of health conditions like cancer and arthritis.

What’s more, oxidative damage caused by oxidative stress can cause your inflammatory response to become “overactive.” This leads to chronic, low-grade inflammation, which has also been associated with several health conditions, including bone loss! Plus, oxidative stress and inflammation accentuate one another to induce further damage in your body.

So astaxanthin helps to balance your levels of free radicals to reduce oxidative stress, and ease inflammation! Quite the win-win.

Now, research into the full scope of astaxanthin’s health benefits is still at a relatively early stage. Pubmed –– a comprehensive database of scientific research and literature –– currently lists less than 2,000 results for work on astaxanthin. That may seem like a lot, but it pales in comparison to the 12,677 there are for curcumin (another powerful anti-inflammatory.)

More comprehensive studies need to be carried out before we can draw definitive conclusions, but this early research suggests astaxanthin could also provide the following health benefits too:

So, astaxanthin has some pretty amazing potential health benefits. But how much should you get it in your diet? Find out in the next section…

If you recall, we mentioned in the astaxanthin benefits section that research into astaxanthin is still in relatively early stages. For that reason, there is currently no set recommended daily intake for astaxanthin.

There have been no significant side effects of astaxanthin reported in human clinical studies to date. Plus, if you recall the last section, a study designed specifically to investigate the safety of astaxanthin for humans concluded that 6 mg of astaxanthin a day is safe for healthy adults.

However, at high doses of 50 mg or more, astaxanthin may cause an orange tint to the skin. But you’d have to consume a ridiculous amount of seafood for that to happen!

Please note: As we’ve outlined, astaxanthin is considered safe for humans to consume. But there’s still not enough research on the safety of astaxanthin for pregnant women. So we advise pregnant women to check with their healthcare provider before adding astaxanthin to their diet in any meaningful amount. 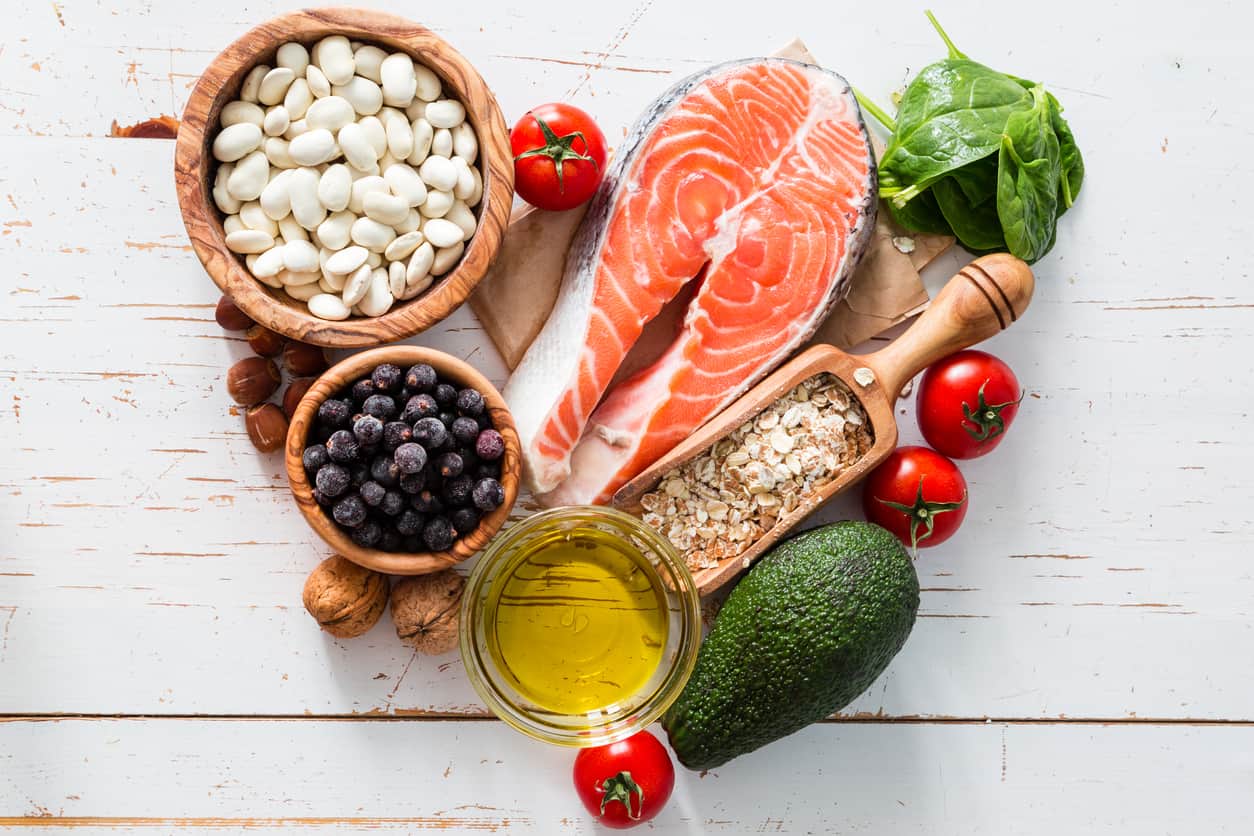 How to Add Astaxanthin to Your Diet

There are over 700 known carotenoids, and astaxanthin is one of the most powerful and beneficial! However, the human body can’t produce astaxanthin. So, to reap the benefits, you’ll have to incorporate food sources of astaxanthin or a supplement into your diet. Now, astaxanthin is almost exclusively found in marine algae and seafood.

Algae is the “original” source of astaxanthin if you will because it can actually produce it. Fish and other marine animals contain astaxanthin because they consume algae in their diets.

The most common dietary sources of astaxanthin you’ll come across are:

Shrimp provides 1 to 4 mg of astaxanthin per 4 ounces serving. As for the rest of the list, it’s difficult to say for sure how much astaxanthin is in each.

But can you spot the issue? You’d have to eat a 3-4 ounce serving (about a palm-sized portion) of sockeye salmon every day to get a meaningful amount of astaxanthin in your diet. Even for seafood lovers, that’s a little unrealistic!

What’s more, the United States Environmental Protection Agency (EPA) and U.S Food and Drug Administration (FDA) recommend women who are pregnant, nursing or may become pregnant eat no more than 2 to 3 servings of seafood a week to minimize mercury exposure while maximizing the health benefits of eating fish.

But don’t worry, there’s a more realistic (and downright delicious) way to pack a little astaxanthin into your diet every day…

What to Look For in an Astaxanthin Supplement

We established a little earlier that getting a meaningful amount of astaxanthin from food sources alone is rather unrealistic. So astaxanthin supplements are a great alternative!

At AlgaeCal, we are firm believers that a natural option is preferable. What’s more, synthetic astaxanthin was developed to feed farmed salmon to give them a desirable, consumer-friendly color. It has not been extensively studied in regards to safety for human consumption.

Why a fish oil? Astaxanthin is an oil-soluble antioxidant. That means astaxanthin absorption improves when you take it with an oil –– especially omega 3-rich oils –– making fish oil an ideal nutrient companion.

Triple Power Omega 3 Fish Oil provides 3 mg of natural astaxanthin a day in the regular daily dose of one tablespoon, or 6 mg per day, with a ‘double dose’ for those looking to increase their omega 3 levels.

Remember, 6 mg is the dose of astaxanthin the study we mentioned earlier found to be safe for humans to consume. What’s more, Triple Power sources its astaxanthin from Haematococcus pluvialis… the same type of algae the study concluded was a safe source of astaxanthin!

Plus, one tablespoon of Triple Power provides over 1400 mg of omega 3s and 100 mg of another powerful antioxidant –– turmeric curcumin. Together, this formulation helps balance oxidative stress and ease inflammation throughout your body. (Great news for your bones!)

But it gets better…

Triple Power Fish Oil is naturally flavored with mango. A stark improvement from the run-of-the-mill fish oils that taste like… well, fish! It’s so tasty you can take it right off the spoon. In fact, Triple Power will be the best-tasting fish oil you’ve ever tried, and that’s a guarantee!

Read More Read more about Removing These Toxins Can Improve Your Bone Health, According to Dr. Trubow.

Intermittent fasting is becoming a popular dietary strategy for we…